Optimization and Improvement of Uncoiler

Optimization and Improvement of Uncoiler

The uncoiler is a commonly used auxiliary equipment in the stamping production line, and it is already a fairly mature machine in the market. And many manufacturers have gone to mass-manufacture it as a standard model, but they have ignored the two major shortcomings that still exist in its structure. Next, I will introduce Henli’s uncoiler, optimization and improvement for these two points.

2. There are 4 A-type stop irons installed on the support tile of the uncoiler to prevent the deviation of the coil.
However, loading and unloading and fixing of this A-type retaining iron are cumbersome, which greatly affects the production efficiency during actual production.

In response to these two major deficiencies, Henli made two major structural improvements to the uncoiler:

1. The supporting tiles used by Henli’s uncoiler are changed from the traditional four-piece arc structure to scraping and staggered supporting tiles.
The support tiles are staggered with each other, and the length of the staggered straight seam is very small, which fundamentally solves the problem of damage to the uncoiler caused by the tail of the material being stuck.

Uncoiler Machine – All questions about uncoilers/decoilers are here 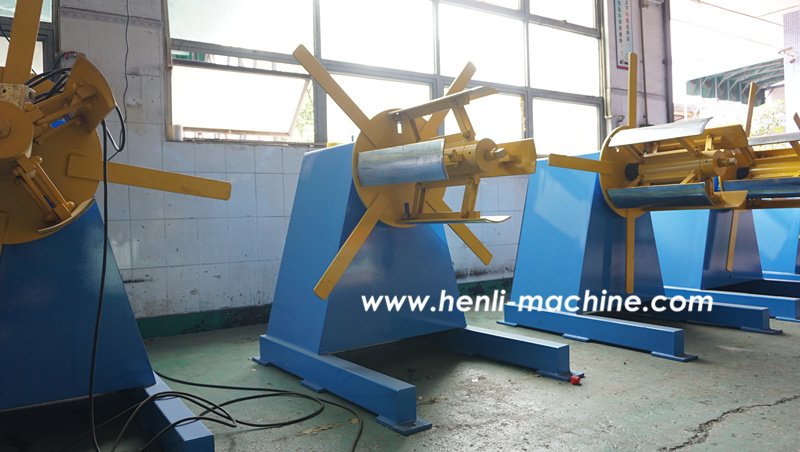